How to Write an Action-Adventure Novel


In the next few days, I’ll have some exciting news. First, I’d like to bring a new feature to this website, though. Occasionally, I’d like to address some aspect of the writing craft. Let’s start with a broad topic today.

I generally advertise myself as a horror author because my books are full of monsters, mad science run amok, and abominations from beyond the bounds of time. However, I’m an action and adventure writer, too. My characters visit exotic locations, start bare knuckle brawls with hired thugs, and discover ancient artifacts. If they have to fight unspeakable horrors too, so much the better.

When I started getting serious about writing around 2011, it wasn’t obvious to me what elements went into making the sort of stories I wanted to write. I could identify some of the ingredients by reading the works of my various idols, but it wasn’t obvious what portions to use. Just to be clear, there is obviously no magic formula to writing a great action-adventure story. No one can create a perfect blueprint or how-to manual on the subject. This is more akin to a partial periodic table of story elements with a few key reactions highlighted.

There’s a few things that any adventure story should stick right up front. These should be pretty close to the first page of the story.

Right away, the reader should know that there is going to be serious trouble afoot. The main villain doesn’t have to walk up to our hero and punch them in the nose, but we should know that some sort of confrontation is brewing. This is your hero’s village being razed, your private eye being hired to investigate a gruesome murder, or your suave archeologist discovering something cursed/worth stealing/ready to unleash ancient evil. This rapidly brings us to…

This is closely related to the previous point. Your main character is motivated to do something, quite possibly because the antagonist is being a jerk. It need not be as melodramatic as your hero swearing eternal revenge on the forces of evil after her family is killed by thuggish minions, but that will certainly do. It can start out because your hero is simply curious and they bumble into trouble or because they are hired to deal with a situation. These are probably your spies and detectives and monster hunters.

You’ve got an intrepid hero. You’ve got someone he or she is going to ultimately face off against. Good. However, it’s no good if everything is spelled out from the very beginning. It sets the stakes up if our hero’s village was torn asunder and all the residents killed by some evil overlord, but that sets up the middle. We need to provide something for the middle of the story. We probably shouldn’t know the identity of the ultimate bad guy yet, but that can come soon. We’re not writing a full mystery story where the climax comes from unmasking the villain. No, we want our hero to unsure why their village was attacked or why their client was murdered. We know that something dangerous was stolen, but we don’t know what yet. What do these strange inscriptions mean? How did the villain know where to find the sacred thingamajig? What on earth killed the project’s chief scientist and the entire facility’s security team? These are the things that will help shape the middle of your story.

By now, our heroes have probably set out to solve the primary issue motivating them. They’re following leads and punching out terrorist lieutenants in back alleys. They’re piloting their starship through the G’rjoux nebula, tracking a trace neutrino field. They’re traveling to the temple of the black crab to recover the magical, evil-slaying dagger that can put an end to whatever is menacing the land. They’re doing the things action-adventure folks do when they’re looking to save the day. The point is, they have some idea of what the end goal is, even if a lot of the pieces of the puzzle are missing. They’re actively working to fill in those gaps, and maybe they’ve already put two and two together on a couple of things, and things are almost going well.

The middle of your story:

Okay, great. We last left our heroes as they proceeded toward their goals. They’re probably still facing overwhelming odds and risking a fate worse than death, but there’s hope. They’re going to make it. The middle of the story is mostly about…

1)    Cutting your heroes off at the knees

That plan that looked like it was going to work? Nah, bro. Your characters find themselves completely and utterly screwed. Those terrorist lieutenants are back as three headed zombies and they just tore your commanding officer in half. There’s a robot uprising in the G’rjoux nebula, and you’ve been framed for starting the war. Not only will the crab priests not give you that magical dagger, but their ancient order has been corrupted and they’re now fully #teamevil. Your heroes are screwed six ways to Sunday. The plan has been completely upended, dashed against the rocks, and buried.

This is tied up with the above point and also those mysteries you set up in the beginning of the novel. Resolving one of those mysteries should pull the rug out from under your heroes. Knock the wind out of their sails. Chose the cliché of your choice. I’m reluctant to call this a plot twist because that term almost implies something gimmicky. Ideally, you don’t want the surprise to be something that develops out of thin air. Hopefully, the base elements have been on the radar, albeit in a peripheral role to the main goals. It’s something that should quickly make sense in retrospect without having to devote page after page of explanation. All the better if the revelation is part of what screws up your protagonist’s plans. The discovery should open up a new avenue of threats while providing at least a few more unanswered questions to be wrapped up later.

The middle of the story is where you screw your characters over at every opportunity. They’re going to spend the middle of the book getting their butts kicked. They should be on the run, consistently under threat, and scrounging up some newer and more desperate plan. It’s time to reorganize. That nice, clean three step plan to save the world everyone had back in act one is out the window. Now it’s time for desperate measures. Most of the middle of the book will involve the heroes alternating between trying to stay one step ahead of impending doom and enacting hasty back up plans. Your heroes should be thwarted over and over again, barely getting through the encounters by the skin of their teeth.

Here’s where everything pays off. When I was younger and developing an interest in writing, I thought you basically strung action sequences together until you had something long enough to be considered a book. I thought the plot should be just one long freight train car exploding through wall after wall. If there wasn’t a raging battle in a particular scene, why even bother writing it? Most of the time, this is not the correct way to write a story, even one in this genre. However, the finale is where that model holds closest. Because of this, it will probably be shorter than either the beginning or middle sequences of the story.

1)   Wrap up the mysteries
Sometime around when you enter the final sequence, you’ll want the audience to understand just how clever you are, you clever thing, you. This mostly amounts to wrapping up your loose ends. You’ve probably been dangling a few tidbits in front of the audience for a while, perhaps even from the very beginning. While thrills and chills are our story’s bread and butter, a few rock solid final twists are what really cement the plot in the reader’s mind. As always though, such twists must be earned. Some writers think that a non-sequitur is the same thing as a surprise ending. It’s not.
2)   The final showdown

Everybody knew this was coming. At long last, your heroes face off against the ultimate danger. Swords are crossed. Laser guns fire. Everything goes out with a bang.

This category isn’t always necessary, and it’s something of a trope, but it’s a fun one. Often, it’s a lot of fun to add on just-one-more action sequence. The classic example of this is probably the escape sequence. The villain lays broken on the ground, but they manage to pull the incredibly convenient self-destruct lever with their final ounce of strength. Now your heroes must flee through toxic gasses, crumbling walls, and hordes of released monsters to make it to safety. There are other ways to stagger a finale, such as a nigh undefeatable opponent. The original Terminator film is an especially good example of the staggered finale against a villain who refuses to be taken down. While the staggered finale is optional, it is a classic gem of the genre. It’s a dash of spice on top.

That’s it. Those are some of the key ingredients in your recipe. The essential trajectory follows are heroes as they gain some sort of traction against the central problem, only to be knocked back on their heels, followed by a come from behind victory. There’s obviously as many ways to do this as your fertile little imaginations can come up with, but this is more of a simplified anatomy chart than a step-by-step guide.

What do you think? Did I completely fail to discuss something? Think one of my points is utterly off base? Perhaps it will be the subject of a future discussion.

You can find my currently available horror-thrillers HERE and HERE. 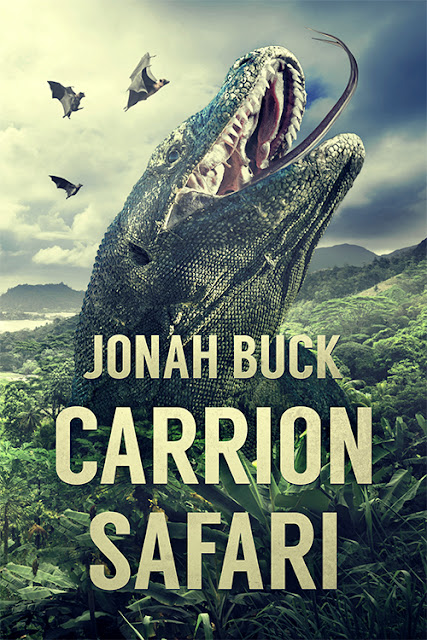 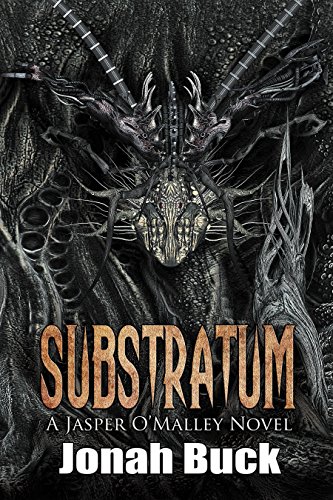