I recently made the biggest short story sale of my writing career. My story "Siren" was accepted to The Beauty of Death 2 - Death By Water. Why is this such a great sale? Well, check out some of the awesome company I'm sharing space with. 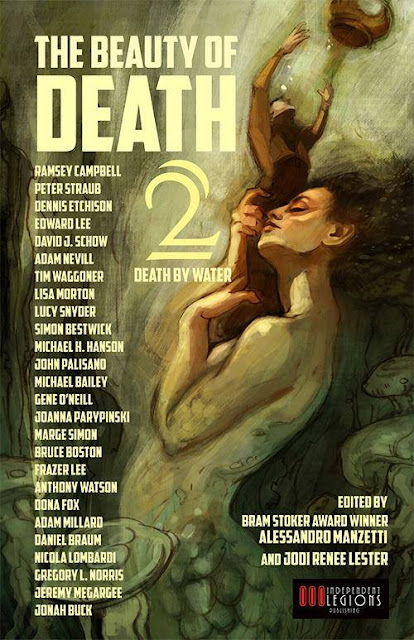 And then you've got me. Hey. Howdy. What's up? My names at the very bottom, right there. Not too shabby, eh?

My story is the tale of a WWI German U-boat that's been incapacitated and is stuck on the bottom of the Atlantic. As discipline breaks down, things get...weird.